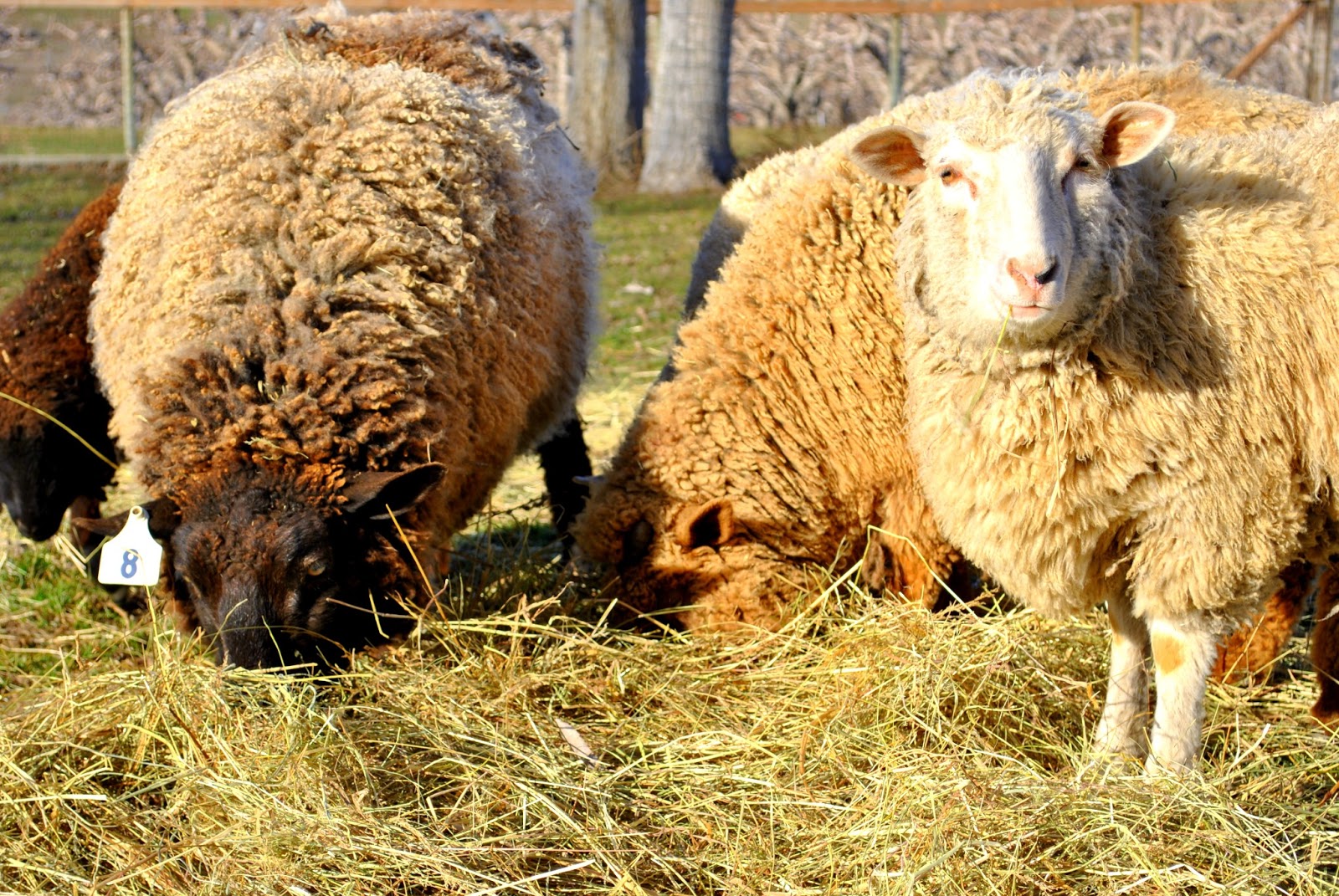 One of the things I have noticed is that the cultural distance from activities that were once commonplace in human society has resulted in a powerful mystification of otherwise mundane tasks.  When we decided to harvest our own pigs last year, we found ourselves piercing through layers of mystery that have been erected between the average meat consumer and the source of their food.  Butchering meat, once a household skill, is now arcane knowledge, kept by disciples in white lab coats who pass quietly behind swinging doors.  What happens behind those doors?  Who knows, certainly no one in polite society should like to find out - instead, we are content to be handed individually wrapped portions, developing our specific tastes and preferences with little to no consideration of the whole from which it comes.  Even among those who raise pigs, harvesting and butchering is most commonly left to the professionals.  When striking out on our own, we found that we were flying in the face of what is now conventional wisdom.

In the same manner, when I began this new venture of raising sheep, one of the tasks that every shepherd would have taken upon him or herself is the annual need to shear the woolies, ridding them of their thick fleeces in time for lambing season and the warming of spring.  But, similar to changes in most other areas of agricultural life, when sheep raising moved from smallholdings to vast herds in corporate operations, tasks that would have been achievable by a small community were put into the hands of professionals and specialists.  And now, even among smallholders, the instinct is most often to call a professional shearer (a profession growing more rare every year) to schedule a haircut for the sheep at what one hopes will be a reasonable price per head.  For those wishing to try their own hand at it, the industrial model (using expensive mechanical shears) tends to maximize efficiency over the comfort of the animal - as a result, one gets the impression that the only good way to shear a sheep is to get it done as fast as possible. 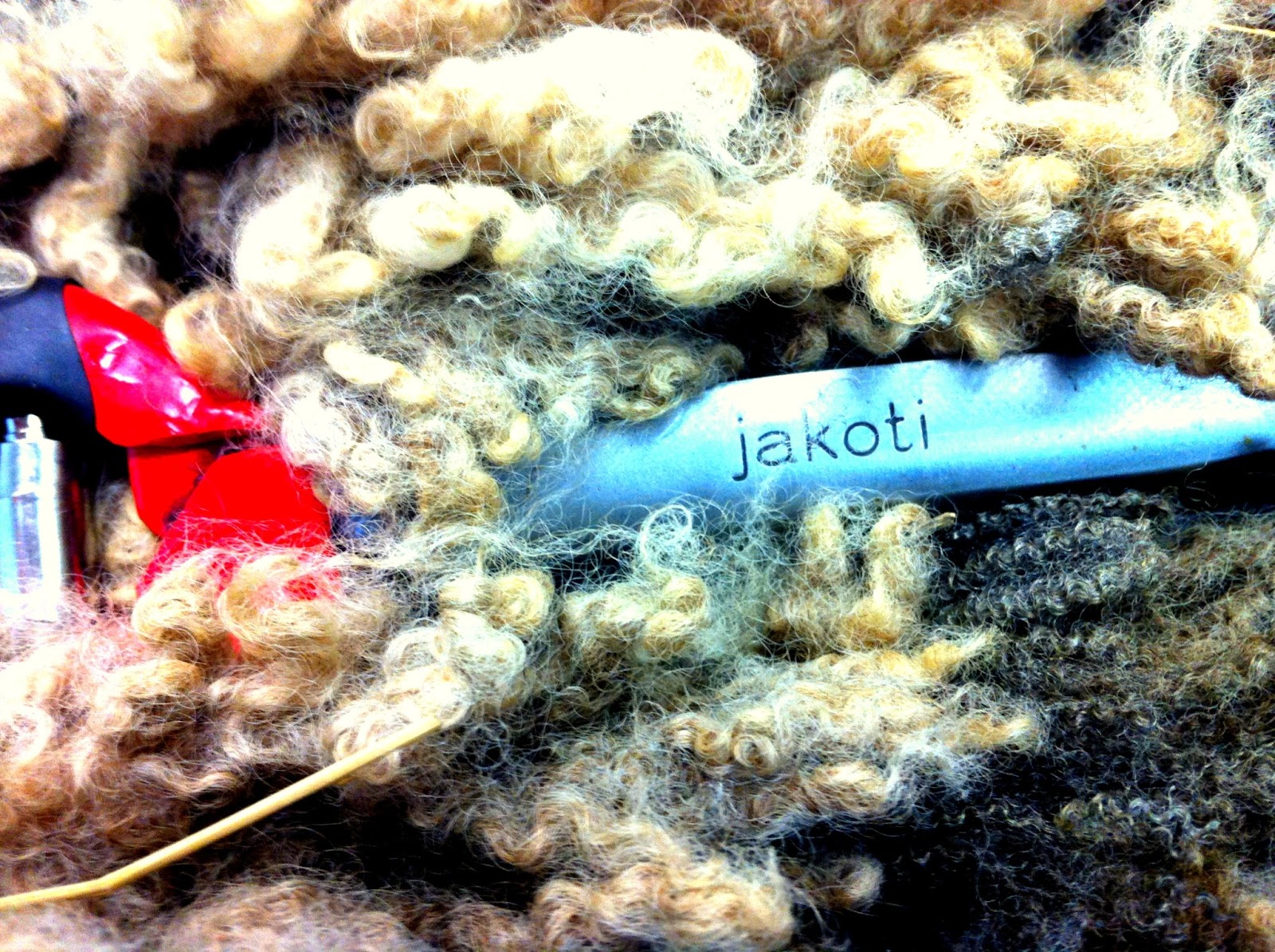 There are other ways to do this.  Traditionally, shearing was done comfortably and peaceably using hand shears and some patience.  The goal, rather than emphasize efficiency of time, is to work well with the animal and to get a quality fleece for fiber work later.  Often these skills were learned on the job, under the watchful eye of a skilled shepherd, but in the Information Age, recommendations on tools and approaches are just a click away, and after research is done all that is left is to give it a try.  There is an old Russian saying that translates: "Repetition is the mother of learning."  - my aim was to learn to shear our own little flock, using the five sheep as five lessons in shearing.


My brother Alex had put me on to some hand shears that seemed like they would do the job right.  They are called Jakoti Shears, and let me tell you, they are, as they say in the east, "wicked shaap", they are extremely comfortable to use, and they hold an edge like you wouldn't believe.  Although they are made as garden shears, I would recommend them as a more than adequate tool for the task of shearing. They are manufactured in the UK but carried by several dealers in the US. 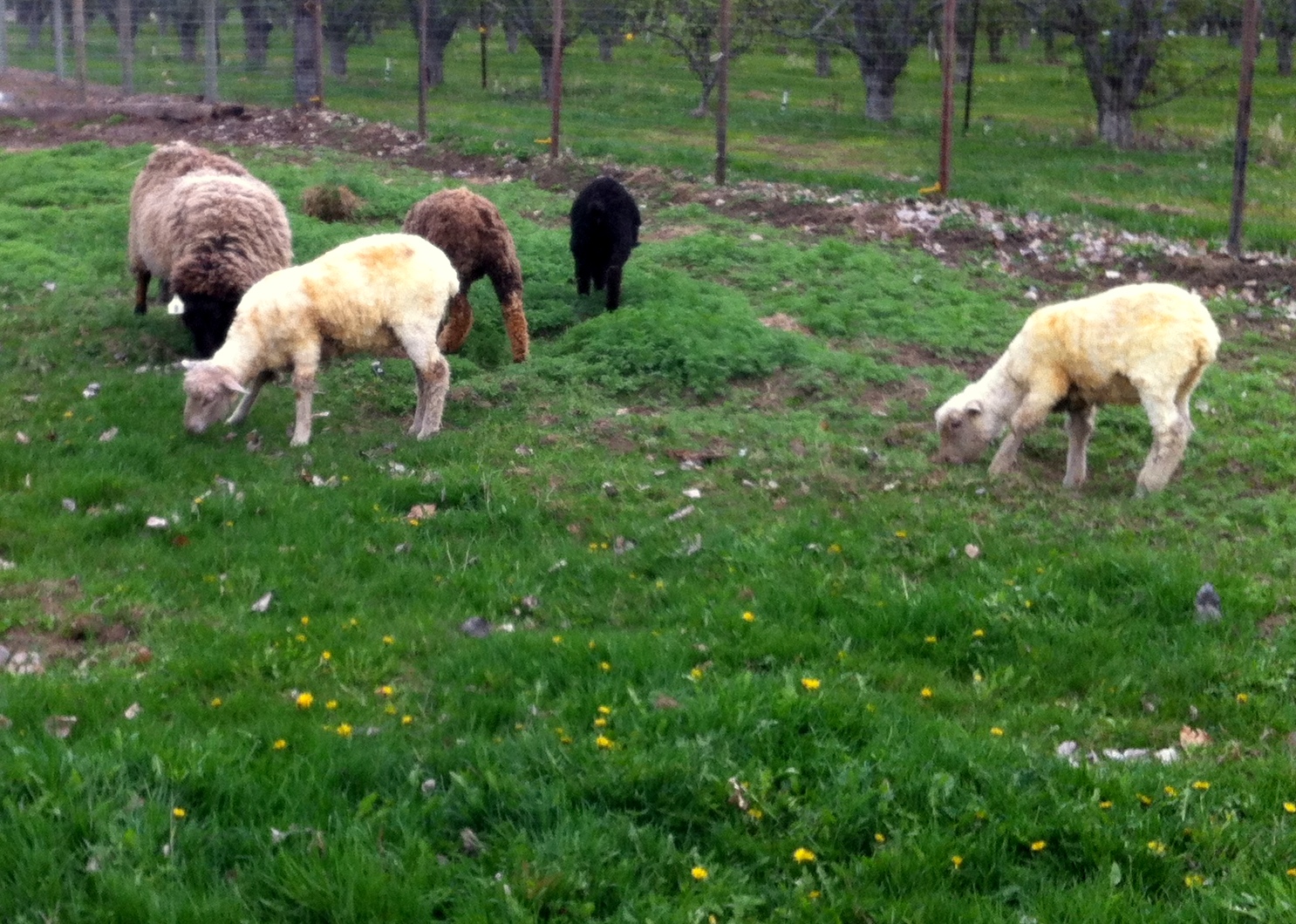 I started first with the lambs, and began figuring this whole thing out.  In some ways, it is just a haircut of sorts - but there are some tricks that make it work better for man and beast alike.  In order to make shearing possible, the sheep is flopped onto their backside and leans against the legs of the shearer.  In this position they are completely docile, even slipping towards sleep every once in awhile.  What follows is a kind of greco-roman wrestling match, as the sheep is gently rolled around to different positions in order to get the angles best suited to cutting wool and not flesh.  That distinction is harder to maintain than one would at first imagine - the wool is so dense, and the flesh so soft, that the line between them is sometimes difficult to discern by eye or even by touch.  But there is a feel to the thing that develops in a short amount of time and though we had to administer some minor first aid care to the long-suffering sheep, no major cuts were inflicted. 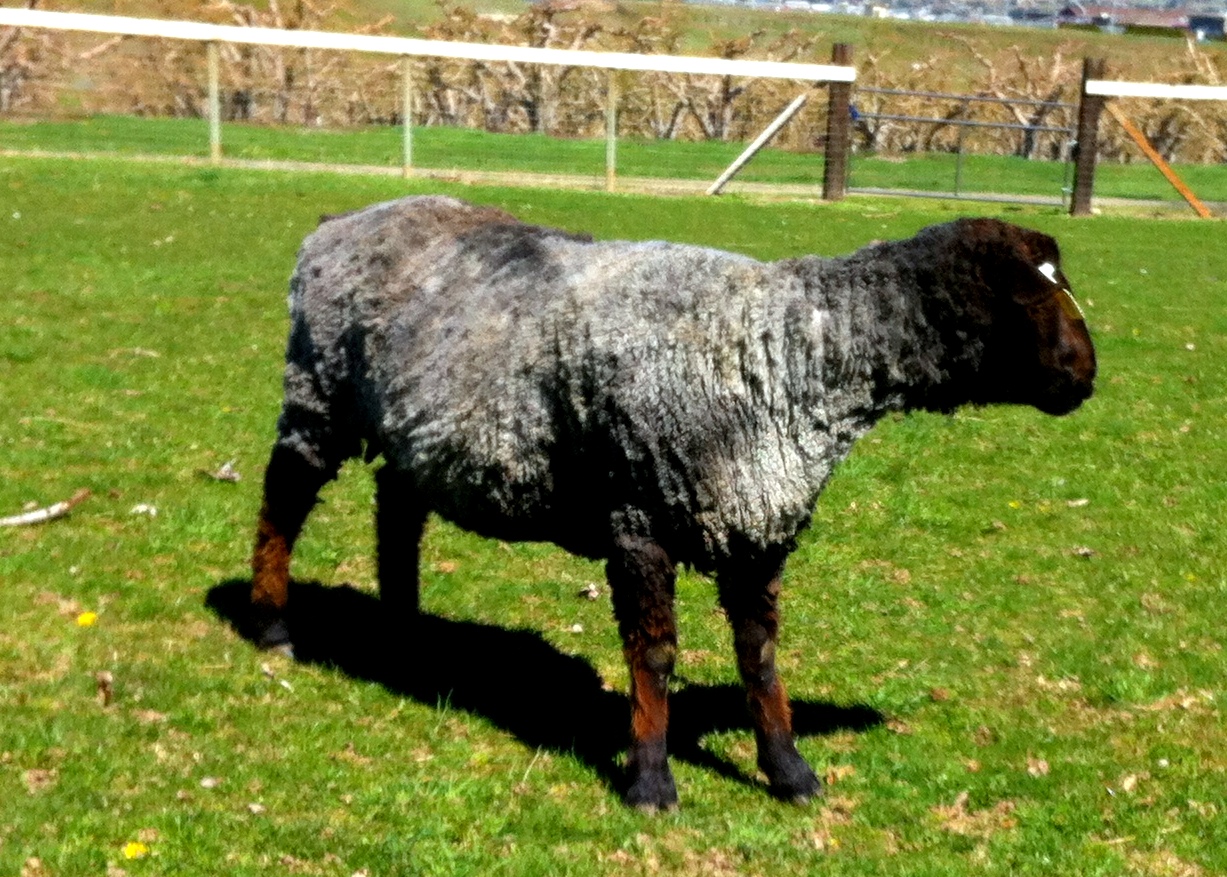 Keith and I worked our way through the first two lambs and our cutting technique began to improve.  A week later I did two more yearlings, and got pretty decent looking fleeces off both.  And finally, I turned my attention to "Mama", our bred ewe (due in June), with her impressive shaggy coat.  The lambs were easy to move around, but Mama was a different story.  Just getting her in the shed and onto the working platform we built was a challenge and it made me think about what kind of system we would need to develop next year when our flock was more fully grown.  But eventually she and I worked things out and she sat back and relaxed for her trim.  Thirty minutes later, she emerged with a daring new look, and I was able to take some pride in a beautiful and intact fleece. 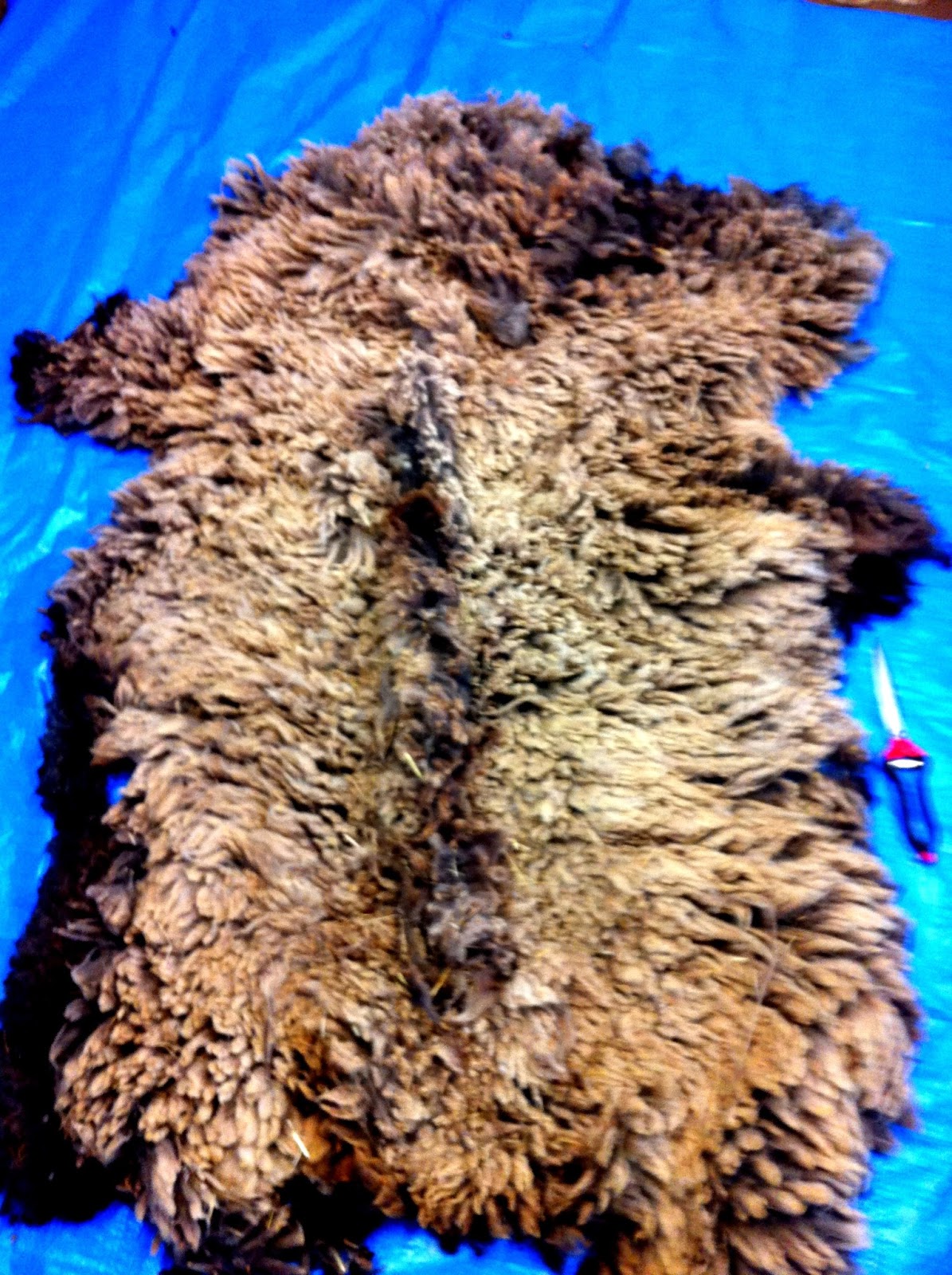 The fleeces are getting washed, then the plan is to send them off to a local fiber mill for processing.  Our plan is to get a bunch of yarn back and put them to use in some knitting projects, that kind of thing.  Hopefully we'll have a lot to work with, and can hand some out to talented knitters and see what they can do!  Meanwhile, lambing season approaches and all the new learning that will come with it - Mama is ready, now, for an easy time of it with her new, sleek spring outfit.  The curtain has been pulled back, the great and powerful Oz has been exposed - shearing is a task well within the grasp of any that would care to learn to do it.  For me, there was a recognition that this ritual, a Scotsman shearing his sheep, has been repeated countless times through the ages - and I am glad to continue on in the tradition.