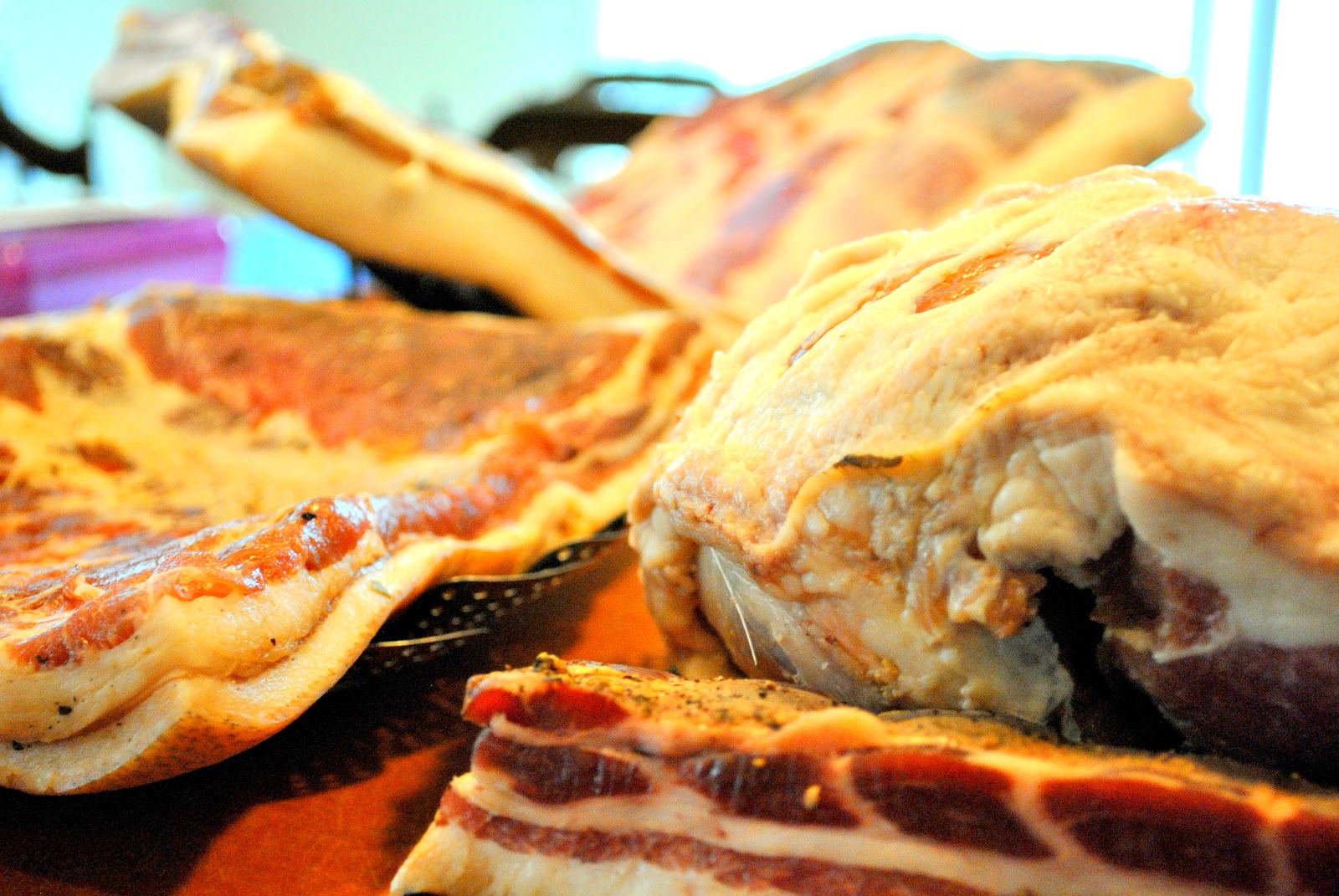 We recently came into a significant inheritance of sorts - about 200lbs of pork resulting from the harvest of the pigs we raised this past year.  Some of that meat comes in ready-made and recognizable cuts that can be used immediately in the kitchen.  Others portions invite additional processing in order to bring out the best.  What follows are a couple of our recent adventures in curing and smoking. 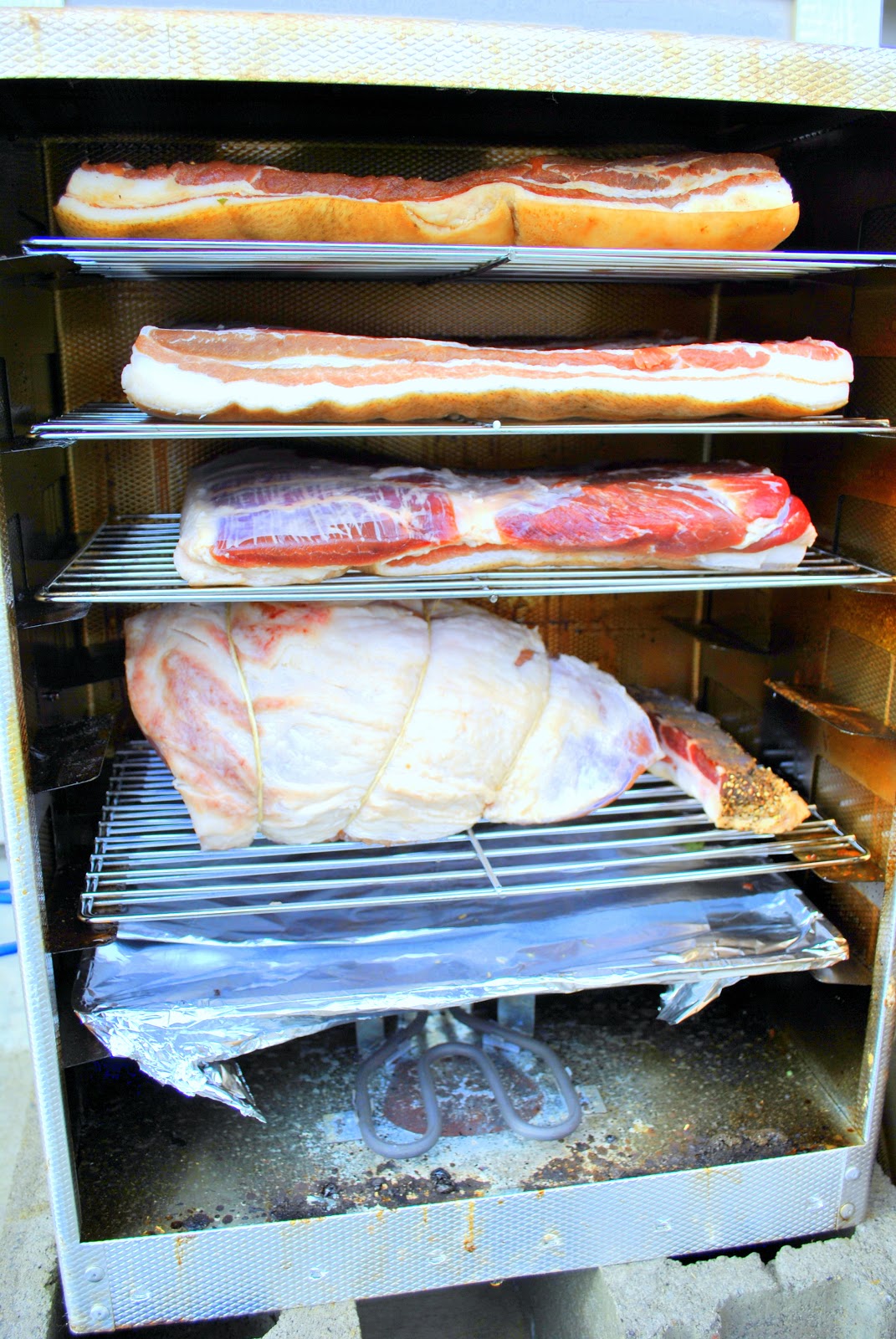 When a pig is harvested, one of the biggest tasks is to get all of that meat packaged and stored.  Most of it can be vacuum sealed and stored in a freezer until ready to use (one of the great conveniences of pursuing an old task in a modern age).  But other cuts can be preserved using other methods, like curing, which will not only save freezer space but will also produce some of the very tastiest stuff we associate with the noble pig.  The primary text I've been using as a guide to this process is Ruhlman and  Polcyn's Charcuterie: The Craft of Salting, Smoking, and Curing

The belly is one of those cuts that benefits greatly from various cure treatments.  These large slabs are a wondrous mix of tender meat and silky fat and it is here that we look for bacon.  Yes, bacon....take a moment if you need to.  This past year the world did a collective shudder as it contemplated the mere possibility of a bacon shortage - a truly terrible thing to consider.  To transform the fresh pork into salty, smokey goodness, a slab of belly is first covered with a cure.  This is a mix of salt, sugar, spices, and often (though not always) some special curing agents that protect the meat from developing certain kinds of dangerous bacteria.  The meat is then put into a large ziplock bag and placed in the fridge, where it sits in the resulting brine that leaches out.  After a week and a bit, the slab is removed and rinsed off, then allowed to dry in a fridge for about 24 hours - this preps the meat for smoking.

I prepared four large slabs of belly in basically this manner, although one slab was destined for the garage rather than the smoker (it being turned in to pancetta, the subject of a future post).  When ready, they were put into the smoker and cold-smoked for several hours over smoldering applewood chips, then transferred to the oven where they were cooked to an internal temperature of 150F.  Voila!  Bacon!  We now have more bacon that I know what to do with.....well....actually, I'm pretty sure of what to do with it. 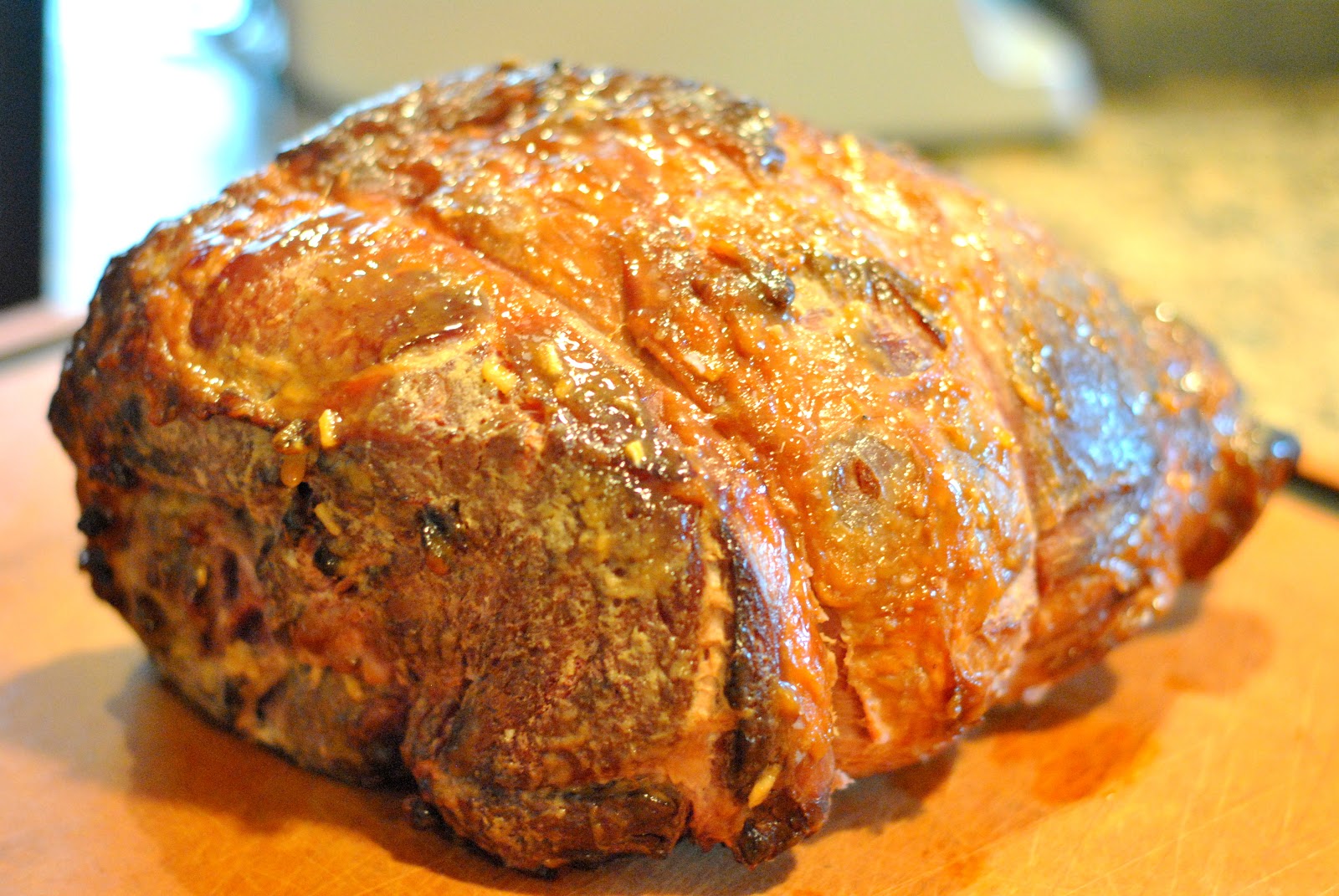 Another great cut for curing is the ham.  This comes from the hind leg quarters and can be a large cut.  This can be cured in several ways, some roads leading to tender, sweet ham, other, longer journeys resulting in prosciutto.  I decided to debone our hams and then submerged them in a brine for about two weeks.  They sat out in our garage, protected by salty brine and cool temperatures, as they underwent a flavorful transformation.  After this, they, too, sat uncovered in the fridge to dry, then off to the smoker where they were exposed to applewood smoke for about 5 hours.  We finished them in the oven to 150F.  These hams make a fantastic feature for a big meal, the smoke flavor is superb.  You can also put them through a slicer, particularly convenient because they are boneless, and turn out your own packages of deli meat.

The quality of the product that can be produced in your own kitchen is really astounding.  The flavors are amazing - this is work that pays dividends on the time and attention given to it.  We are now able to find quality deli meats and gourmet bacon a few steps away from the kitchen, tucked safely in the freezer.  And bacon and ham are just the tip of the porkberg, so to speak.  Pancetta and guanciale are curing in the garage, developing character and flavor.  After those, there will be time to try our hand at sausage making, a product that can also benefit from salt, cure, and smoke.  The pigs just keep on giving!  Stay tuned for more charcuterie updates as time works its magic! 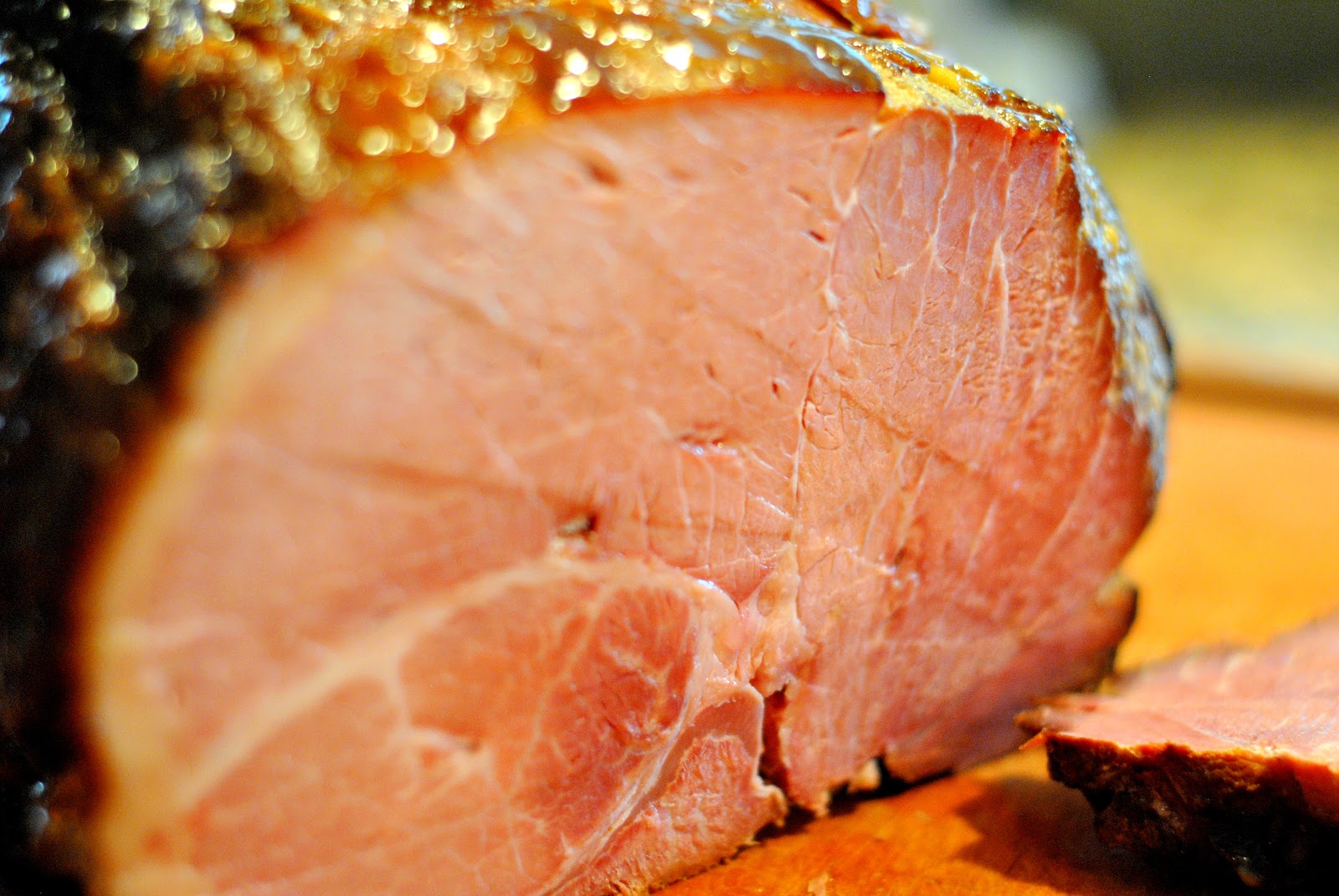